The Most Dangerous Street Drugs of 2022 (New Names – Same Game) 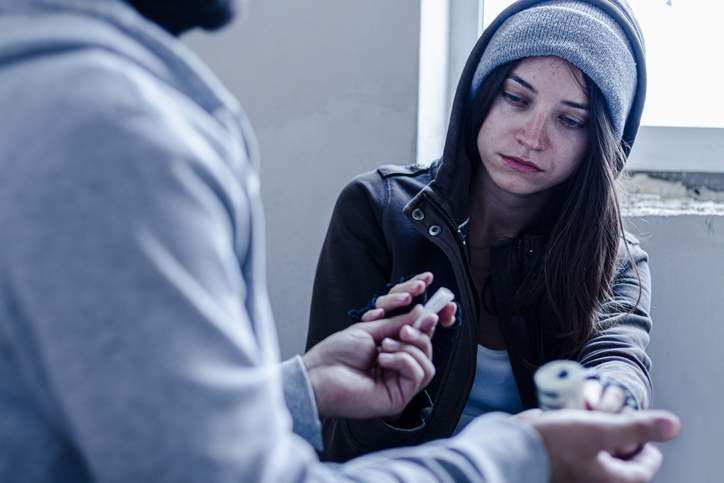 Drugs are dragging America back. According to a recent study, substance use disorders are currently affecting more than 20 million people, over the age of 12, in the United States alone. At times it seems that there is no end in sight, and unfortunately drug use appears to only be on the rise. Street drugs and party drugs are becoming increasingly popular and harder to track.

What Are The Impacts of These Drugs?

While there are many obstacles when it comes to keeping track of the newest, most popular and most dangerous street drugs, a big obstacle that is changing consistently are the various names of drugs. Many people conceal their drug use by referring to illegal drugs with a wide range of nicknames or slang terms. The only way to offer proper addiction treatment is to study these recent drugs and become familiar with their names.

Once you know the answers to these questions, you can be aware of what to look out for and avoid with the most popular drugs today. Here is your quick guide.

Tranque dope is the most popular street name for xylazine. Xylazine is an animal tranquilizer that can cause unconsciousness for several hours. Some people use it as a date rape drug while others abuse it so they can sleep through the night.

Tranque dope is also called “tranq.” It is extremely popular in Philadelphia and Puerto Rico, but it is currently spreading throughout the entire United States. Some people are buying combinations of xylazine with fentanyl and heroin, which can lead to overdoses and even death.

Fentanyl is an opioid that is incredibly stronger than morphine. Becoming addicted to fentanyl often requires treatment at an opiate detox center in order to remove the drug from a person’s body.

Fentanyl was originally created to be used in medical settings, as an anesthetic and analgesic. It was used to alleviate pain in patients with serious, life threatening conditions like cancer. Today, it has become one of the most addictive drugs in America, and it can cause significant drug abuse and addiction.

Popular street names for fentanyl include “apace,” “China girl,” and “poison.” New varieties of fentanyl include rainbow fentanyl, which consists of brightly colored pills that resemble candy and are laced with other horrible synthetic substances.

Tusi (2C) is a party drug that is commonly imported from South America. It is a combination of street drugs, though the exact ingredients depend on where it comes from and who is making it. Common forms of the drug have a mixture of the following ingredients:  ketamine, MDMA, caffeine and fentanyl, sometimes even benzos and meth can be mixed in as well.

In general, Tusi (2C) is a combination of hallucinogens, ecstasy and stimulants. It can cause hallucinations, extreme euphoria, and a rapid heart rate. While it does not typically include any cocaine in it, Tusi is also known as ‘pink cocaine’. This is due to the fact that when it is in powder form, it is dyed the color pink to be more appealing to its users.

Cocaine remains one of the most popular illegal street drugs in the United States. In a 2020 survey, 5.2 million Americans said they had used cocaine at least once during the previous 12 months.

Cocaine use can be hard to spot because of the sheer number of street names. Some people call cocaine “coke,” “blow,” or “powder.” These names have become well-known, so more people have been recently referring to the drug as, “white lady,” “yayo,” and “girl.”

Crack is a variant of cocaine that dealers process to make the drug easier to smoke. Crack is more intense than cocaine, which can make it more addictive. The drug is usually available in the form of small crystals, some of which may be yellow, which indicates a high level of purity.

Many crack users refer to crack cocaine by several names. “Rocks,” “nuggets,” and “gravel” are the most common. You can also hear it referred to as “hard,” “grit,” and “black rocks,” with the latter term referring to impure crack cocaine.

Adderall is a common prescription drug for people with ADHD and narcolepsy. Young people and professionals have been taking Adderall without prescriptions so they can focus on their work or studying.

Excessive Adderall consumption can lead to an increased heart rate, abdominal pain, and weight loss. Due to its popularity amongst students, users call it “study guides” or “pep pills.” You can also hear Adderall referred to as “thundersticks,” especially when it is in tablet form.

Synthetic cathinones are stimulants derived from the khat plant, an African shrub. Drug dealers take khat leaves and distill them down, creating a powder that can produce hallucinations, panic attacks, and extreme delirium. Many people take cathinones to increase their friendliness or sexual drive, though these effects quickly pass.

Cathinones are best known by the street name, “bath salts.” Some people call them “ivory waves” or “lunar waves.”

Desomorphine is a synthetic opioid that originated in Russia and Switzerland. It contains a mixture of codeine and other chemicals to create powerful highs. It can induce unconsciousness in a short period of time, and it can cause a painful skin reaction when injected.

Due to its effects on the skin, many users call it “krokodil.” Some people call it “Russian magic” or “the poor man’s heroin,” as it is often cheaper than heroin.

While rohypnol is a prescription drug that is legal in other countries, like Mexico for insomnia, it is still illegal in the United States. Many people take it to feel sleepy and relaxed. However, it is one of the most common date rape drugs, as it is hard to taste when it is combined with alcohol.

Most people refer to Rohypnol as “roofies.” Some people call them “forget pills” or “wolfies” as well.

MDMA is a stimulant that can induce effects within 30 minutes. Users take it to alter their sensations and increase their energy levels. However, it can cause memory problems and addiction as well as a dangerously high body temperature that can lead to death.

If You’re Struggling With Substance Abuse, Trust The Experts at Atlanta Detox Center

Illegal drugs are flooding America’s streets. Some of the most popular drugs include tranque dope, rainbow fentanyl, and tusi (2C). These three drugs are popular party drugs, with young people taking them to be happier and more energetic.

Drugs that have been around for decades, like cocaine and MDMA, still remain popular today. You can also find prescription drugs like Adderall and Rohypnol that are being abused. Each of these drugs have multiple names, and it is helpful to be aware of them, in the event that you may be able to offer assistance.

All of these drugs cause harmful dependencies, but you can get help. Atlanta Detox Center serves Atlanta and the surrounding areas. Contact us today, our highly skilled professionals are here to help you.

If you or someone you care about has been battling addiction issues or having mental health problems, it is worth reaching out to a healthcare professional like the ones at Atlanta Detox. Contact Atlanta Detox Center using the below form or by calling us at 470.450.2355.